"It was a cold day in the infinite Universe. By the way, it's always cold out there. There must be something wrong with the central heating! And then, suddenly a fire broke out in our board-kitchen! We tried everything to stop the flames, but it was hopeless, we were forced to abandon the ship."

The nearest planet to the place of this accident was the planet known as Earth. We managed to land safely, and since then we have been living here. No one has ever noticed, that we're aliens. My new life on this friendly (?) planet was totally normal.

The obligatory bits, seen on every webpage...

Things I'm interested in: literature (I published in the most popular hungarian web-magazine and sometimes I even write novels), music (rock and classical), airplanes, tramways, the Internet and of course computers. 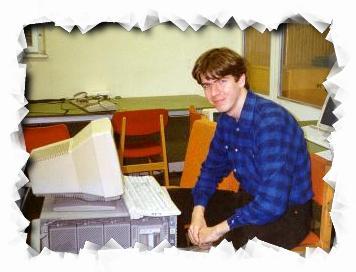 I like other machines, not just DEC ones: IBM mainframes are quite nice too. I like to make photos of these computers, and I like to collect their original documentation, We (that's me and a friend) have a complete set of Field Operation Manuals from an IBM 4381 system, and some software docs too! I also have some hardware documentation about the (im)famous hungarian PDP/VAX-clones. The computer industry of the Eastern Bloc countries during the "Iron Curtain"-days is an interesting subject I'd like to investigate. I made a web page about the KFKI TPA machines (DEC PDP-8/PDP-11/VAX clones), and planning to do a similar page about the Unified Computer Systems Project of the socialist countries (the ES/EVM series: mainframes (mostly IBM 360 and 370 clones) manufactured during the '70s and '80s in different countries).

A short note: Please don't ask me for old computer part numbers, spare parts, or questions like "how do I boot up the PDP-11/24 I got yesterday on eBay" and "how do I format a harddisk in my VAX-11/730"! I don't have the knowledge, nor the time to answer all the questions I get every day. Please try the newsgroups vmsnet.pdp-11, comp.sys.dec, alt.sys.pdp11 and the mailing list of NetBSD/port-vax, chances are that the people  there know much more about PDP-11/VAX/etc systems, than I do, and they might help you if you ask politely! Thank you for your understanding! 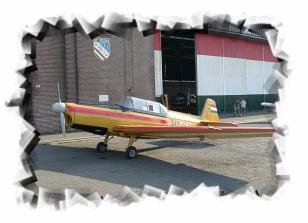 But that is pretty much the past now, since the exhibition place where I had a small museum is closed now, and most of the machines are in storage. I had to find new goals, so I turned to some of my earlier hobbies: flying. Airplanes have fascinated me since I was very little, but back then I never thought I could be flying one of those beautiful planes. Unfortunately I don't have the money to participate in a PPL (private pilot's license) traing course (flying is expensive here in Hungary and the salaries are low), so what I do is mostly "plane-spotting", in a somewhat different way from other "spotters": I prefer small aircraft and general aviation to big airliners. I also fly sometimes: I try to get into every plane that has an unvacant seat. I have also set up a web page with some of my experiences and photos.

I've also done a comic strip about an imaginery airline for a local website, which was a nice thing since my other ancient hobby is drawing, so I had two hobbies in one! My contract has ended, and now I plan to present this comic here, on my own site one day. Too bad I don't have enough free time! 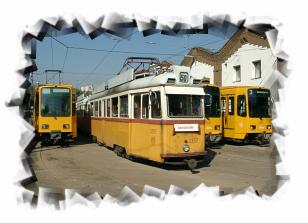 Another thing that I'm fairly into: trams. Or trolleys. Or light rail vehicles or whatever you call them! I have always liked them, because they're different from the other public transport means: they don't pollute the air and the environment, they can be very effective and fast, and... they're cute. Or let's say "nice", if you don't like the idea of calling something that's not a living thing "cute" :-) I grew up in Budapest, Hungary (and that's where I still live now, too), where the tram system is part of our city lives: they appear in poems, children's books, they're on almost every old picture about Budapest, and from day to day they commute us to work and then back home.

Originally Budapest had one of the biggest and most complex tram systems of the world, with a vast variety of car types. Unfortunately that's gone now, but we still have a number of tram routes we can be proud of. The streetcars may be old and noisy by today's standards, but you wouldn't tell that to an old friend, right? I believe you won't be surprised if I tell you that I also have a web site dedicated (mostly) to the trams of Budapest - the photos speak for themselves I think!

My pages are made in my free time. I do this for fun, and because it's good to see that people like the result. I would probably update them more often if I had the time, but I have to earn my living, too. And it's not the easiest thing to do around here: I mean I'm okay and am even able to travel a little bit, but I always have to choose, which one is more important: to fly a little bit? to go on a holiday? to buy myself a new camera? to get a new computer? to buy my favorite music CD's? or going somewhere with my girlfirend? - I can't afford these things at the same time (maybe not even in the same year). So, if you liked my pages and you feel like it, I would be mostly honoured if you'd buy me something (even something tiny!*) off my amazon.com Wish List!

*If you happen to be a millionaire searching for a way to make somebody (me!) happy, or you're Santa Claus, please feel free to buy me one of the more expensive things off this list ;-)

I guess I could tell you more about my other hobbies (like playing the guitar, trashing my computer with Linux, taking pictures in the nature) too, but I think a good home page is short, so...